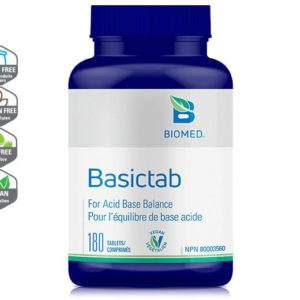 Liquid Iron is used to help maintain healthy physiological iron stores. This non-constipating citrate form of iron has been blended with Vitamin B12 and folic acid in a pleasant-tasting vanilla flavored liquid.
Liquid Iron has been formulated with ferric ammonium citrate, a non constipating citrate form of iron, with folic acid and vitamin B12. Red blood cell production is dependent on iron, vitamin B12 and folic acid. Deficiency of one or
more of these nutrients can lead to anemia and low red blood cell production.
Liquid Iron is an ideal combination to support the formulation and maintenance of red blood cells.
Iron
Iron is an essential trace mineral in human nutrition. It is involved in the entire process of respiration, including oxygen transport and electron transport. The principle goal of respiration is biological energy production. The most important function of iron in the body is the production of hemoglobin and myoglobin (the form of hemoglobin found in the muscle tissue), and the oxygenation of the red blood cells. Deficiencies of iron can result in anemia, brittle hair, difficulty swallowing, digestive disturbances, dizziness, fatigue, fragile bones, hair loss, inflammation
of the tissues of the mouth, nails that are spoon-shaped or that have ridges running lengthwise, nervousness, obesity, pallor, and slowed mental reactions. Iron is stored in the body, and excessive iron intake can also cause problems
leading to the production of free radicals and increased need for vitamin E. High levels of iron has also been associated with heart disease and cancer. Iron-deficiency, which can lead to a microcytic, hypochromic anemia, is
the most common nutritional disorder in the world. Approximately 25% of the world’s population is iron-deficient. In addition, iron is necessary for the production of haemoglobin. Iron-deficiency can lead to decreased production of
haemoglobin and a microcytic, hypochromic anemia. Other than its fundamental roles, iron is involved in DNA synthesis and iron may also play roles in normal brain development and in immune function. Iron is also involved in the synthesis of collagen and in the synthesis of serotonin, dopamine and norepinephrine. Some researchers have reported that up to 25% of adolescent girls in the United States are iron deficient. In one double-blind, placebo-controlled study, the effects of iron supplements were tested in adolescent girls with non-anemia iron deficiency to see if they might improve cognition. Subjects were randomized to receive 650 milligrams of iron twice daily or placebo for eight weeks. Those with iron supplementation were reported to perform significantly better than
those in the placebo group on tests related to verbal learning and memory.  Iron deficiency is known to diminish various aspects of immune function. Adequate levels help maintain cellular immunity and help to protect against
some infections. Cell-mediated immune response may be impaired when iron deficiency negatively impacts the iron-requiring enzyme called ribonculeotide reductase, an enzyme that appears to be essential for the proper function of the T-lymphocyte arm of immunity. Resistance to candida, herpes simplex virus and some other pathogens appears to be reduced in those with poor iron status. On the other hand, excess iron may predispose individuals to some infections.
Medicinal Ingredients:
Each teaspoon (5 ml) contains:
• Folate (folic acid) 440 µg
• Vitamin B12 (cyanocobalamin) 110 µg
• Iron (ferric ammonium citrate) 20 mg
Suitable for vegetarians.
Recommended Dosage: Take one teaspoon a day with food or as directed by a health care practitioner.